Naked Shakes. The Actor and the Word.

Since 2006, the mission of Naked Shakes has been to present energetic, exciting, raw, vibrant Shakespeare using the power of the actors and the language. The critically acclaimed, Santa Barbara Independent Award-winning Naked Shakes has performed at UCSB and transported productions to the Shakespeare Center of Los Angeles, and Center Stage in downtown Santa Barbara. Past Naked Shakes productions include: King Lear, A Midsummer Night’s Dream, The Tempest, The Winter’s Tale, Twelfth Night, Romeo and Juliet, Measure for Measure, The Merchant of Venice, Macbeth, and The Death of Kings.

Naked Shakes believes in the transformation of the actor and the space, along with the imaginative ability of the audience. Each play is presented clearly and directly so that the audience inhabits the imaginative world of the play through Shakespeare’s language. The barren physical theater space is very important to the Naked Shakes concept; it takes on the identity of whatever locale or particular piece of poetic language is described, and yet always reminds the audience they are in a theater. When Prospero in The Tempest describes “the great Globe itself,” he is not only referring to the entire Earth, but also the “Globe” Theater – Shakespeare’s theater. That duality is what Naked Shakes is all about.

A note about casting: Naked Shakes believes that the job description of “actor” is to step into the shoes of another individual. There is no rule that says only actors of the right gender, ethnic background, race, height and weight are allowed to play a certain character. In our productions of The Death of Kings, for example, we have cast women in the roles of King Henry VI, Sir John Falstaff, Clarence, Warwick, Worcester and others. We have not changed the genders of these characters; the pronouns are the same. We simply found wonderful actresses who exemplify the essence of these characters, so we cast them. Naked Shakes believes strongly in giving young actors and actresses the opportunity to stretch themselves and play characters they might not normally get to play in the “real world.”

2015-17 The Death of Kings, UCSB Hatlen Theater
Adapted from Shakespeare’s history plays by Irwin Appel. Part One: I Come But For Mine Own, comprises Richard II, Henry IV, Parts 1 and 2, and Henry V. Part Two: The White Rose and the Red, consists of Henry VI, Parts 1, 2 and 3, and Richard III. Winner of seven Santa Barbara Independent awards and nine Broadway World awards for outstanding achievement in Direction, Adaptation, Design, Original Music, and Performance. European premiere at Prague Shakespeare Festival in Czech Republic in summer 2017.

2016 – Much Ado About Nothing, UCSB Studio Theater
Santa Barbara Independent Award for Acting

Irwin Appel Biography
Irwin Appel is Professor of Theater and Director of the BFA Actor Training Program at UCSB. He is also a professional director, Equity actor and composer/sound designer, and has worked with Shakespeare Santa Cruz, Shakespeare Festival/LA, the New York, Oregon, Utah, New Jersey and Colorado Shakespeare Festivals, The Acting Company, Theatre For a New Audience, Hartford Stage, Indiana Repertory Theatre, Arizona Theatre Company, PCPA, both the National Theatre Conservatory and Colorado New Play Summit at the Denver Center of the Performing Arts, the Bread Load Acting Ensemble, and other prominent regional theaters. Since arriving in Santa Barbara, he has directed, designed and acted for Ensemble Theatre, SBCC Theatre Group and Speaking of Stories. 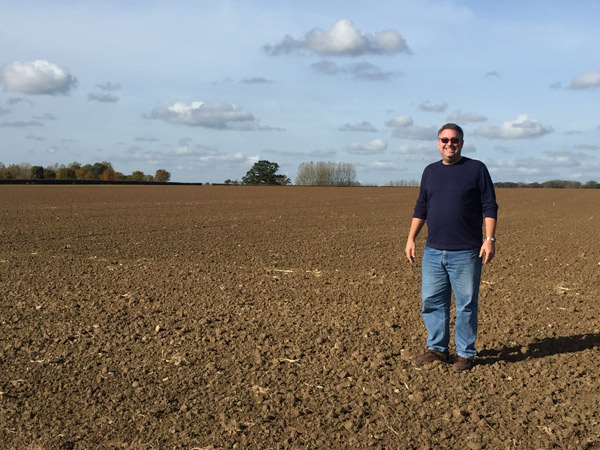 Acting roles include: Prospero in The Tempest, Shylock in The Merchant of Venice, Bottom in A Midsummer Night’s Dream, Falstaff in Merry Wives of Windsor, Dogberry in Much Ado About Nothing, Kent in King Lear, Macbeth in Kabuki Macbeth, Matt in Talley’s Folly, the Emperor in a world premiere of Emperor’s New Clothes. Since arriving in Santa Barbara, he played the title role in Richard III, Stage Manager in Our Town, DeVere in The Beard of Avon, Frank in Molly Sweeney, Duke Senior and Duke Frederick in As You Like It, and won Santa Barbara Independent Awards for his portrayals of Oscar Wilde in Gross Indecency: The Three Trials of Oscar Wilde and the title role in Theater Artists Group’s Timon of Athens. In 2014, at the Colorado New Play Summit at the Denver Center of the Performing Arts, he played Aunt Chuck in Appoggiatura by James Still and directed by Risa Brainin, a role he originated in the LAUNCH PAD preview production at UCSB.

He is also artistic director of Naked Shakes, producing award- winning Shakespearean productions at UCSB and traveling to downtown Santa Barbara and Los Angeles since 2006. In 2016, he produced and directed The Death of Kings, a two-part original adaptation of eight Shakespearean history plays performed in repertory at UCSB. The Death of Kings won seven Santa Barbara Independent awards and six Regional BroadwayWorld awards for adaptation, direction, design and performance. Most recently, he taught acting and directed the European premiere of The Death of Kings: Seize the Crown at the Prague Shakespeare Company’s Summer Shakespeare Intensive, and he also has led workshops and lectured about Naked Shakes at the International Festival of Making Theater in Athens, Greece, the International Platform for Performer Training in Zürich, Switzerland, and the Institutes of English and American Studies at the Universities of Gdansk and Warsaw in Poland, as well as the Shakespeare Theatre of Gdansk.

Directing credits at UCSB and other theaters include:  King Lear, Lydia, Equivocation, Macbeth, A Streetcar Named Desire, The Merchant of Venice, Anowa, Hamlet (SB Indy Award), Measure for Measure, Romeo and Juliet, Rabbit Hole, Twelfth Night, The Winter’s Tale (SB Indy Award), Seagull, The Tempest, Angels in America, Three Sisters, Comedy of Errors, Pentecost, A View from the Bridge (SB Indy Award), The Cherry Orchard, Speed-the-Plow, A Midsummer Night’s Dream, The Crucible, The Countess, Madwoman of Chaillot, Sylvia, Much Ado About Nothing and the world premiere of Brown Baby (SB Indy Award for his sound design).  He also directed Man and Superman and Uncle Vanya for the National Theatre Conservatory at the Denver Center for the Performing Arts.

He has also served as composer/sound designer for the Oregon and New Jersey Shakespeare Festivals, Arizona Theatre Company, Indiana Repertory Theatre, PCPA, Shakespeare Santa Cruz, Ensemble Theatre, Pan Asian Repertory, and other regional and local theaters, as well as for many of the productions he directs.

He is a graduate of Princeton University and the Juilliard School.